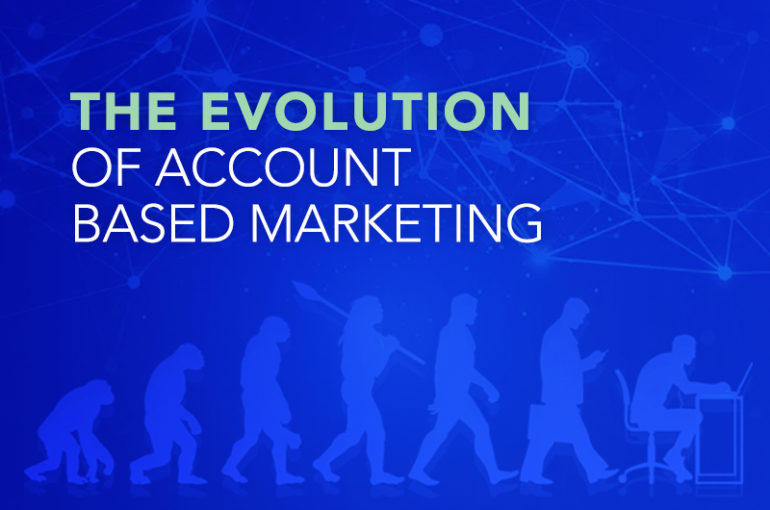 Large accounts are often the lifeblood of advertising and marketing agencies. While a consistent influx of new business is important for a company to grow, accounts that bring large, consistent business often keep the doors open and the lights on.

While a lot of marketing has replaced old-school advertising techniques, some of the same overarching themes are still present. Many big agencies still need large accounts to survive. In the ‘60s, account-based marketing (ABM) involved top agency personnel hand-crafting proposals painstakingly. Once they won the account, the agency would do whatever it took to keep the account happy and nudged them to introduce the agency to their colleagues.

Fortunately, this is not how account-based marketing works today. Let’s take a closer look at the beginnings of ABM and its transformation to what we know it as today.

First, what is account-based marketing?

ABM works by focusing on specific target accounts. Marketers and salespeople personalize campaigns for each one, and any content that is sent to them is tailored to their unique lifestyle stage, demographics and interests.

ABM is traditionally used in B2B, where a company will market to a specific sector.

The inklings of account-based marketing started in 1993, when Don Peppers and Martha Rogers published a book called “The One to One Future.”

This early form of ABM was a revolutionary prediction of the future of marketing. The duo detailed how building customer relationships one at a time was going to be the marketing currency of the future.

In 1997, marketing and advertising agency CSC used a type of all-out marketing called “full-court press pursuit.” This type of marketing involves throwing everything out there until something sticks – phone calls, personalized emails, in-person visits, traditional mail, tv spots and more.

The tactic worked – they laded two contracts worth over $170 million over 10 years.

Flash forward to five years later in 2002, when Accenture and Unisys created a form of marketing handled by account managers called client-centric marketing.

CCM is still in use today, as a strategy that puts your customer at the core of your business. The idea is to put a spotlight on your ideal client in order to craft marketing and design based around them.

Beginning in 2002, ITSMA started researching the role of an account manager in marketing. Their results were groundbreaking, and by the beginning of the next year, B2B saw a huge increase in account-based marketing.

In 2003-2004, ITSMA was credited with coining the phrase, giving a name to a practice that many B2B marketers had already been employing.

In 2004, ITSMA published a paper by Sara Sheppard titled “Account-Based Marketing: The New Frontier.” This paper was the first in-depth study of ABM and its impact on B2B marketing.

Starting at their annual conference, ITSMA began to hold lectures and speeches on effective forms of ABM, highlighting what worked and what did not.

A few short years later, in 2007, a three-phase model for the development of ABM campaigns was advertised. These phases were:

Implementation of the plan takes place in phase two, and strategies for growth are included in phase three.

Between 2007 and 2012, many companies came together to develop effective ABM strategies.

The CAPM was developed to help marketers and salespeople accelerate potential opportunities for prospects that ranked as high priorities.

2012 saw the introduction of a four-step ABM adoption model. These steps are:

In Standardize, the company creates a standard ABM template in which to create and measure ABM accounts. Finally, during the Scale phase, data from the past three stages are analyzed and adapted for automation.

In the same year, ITSMA introduced the first industry certification program for account-based marketing in America. The program was brought to Europe the following year, and in 2015, the ITSMA created a multi-point checklist to assess ABM competencies.

The rise of three distinct types of ABM

Over the years, three different forms of ABM began to rise, each building on the previous one:

Programmatic ABM is the bottom of the pyramid. This is a one-to-many approach, with the lowest investment & ROI per account. This form of ABM works by using technology to tailor campaigns at scale, leaning on automation to create customized campaigns.

ABM Lite is in the middle of the pyramid. Campaigns in this section are created from templates with a sprinkling of customization, and they use a one-to-few model. Usually, the focus of these campaigns is groups or second-tier accounts with around 5-10 people at a time.

Strategic ABM sits at the top of the pyramid, with the most investment and ROI per account. Strategic ABM focuses on one-to-one accounts with highly customized plans for individualized accounts.

Today, ABM is account-centric. More and more companies are using a Programmatic ABM approach as technology and automation make it easier to deliver one-on-one customized campaigns en mass. In fact, 73% of marketers plan to increase their budgets for 2020 and beyond, citing large successes and high ROI as their main motivations for increasing the marketing strategy.

Ready to get started with ABM? Get advice from a DW Pro.